Following the announcement from the Electoral Commission that regional and local elections would take place on June 8th, a number of candidates have surged in the races for the governorships and the prefectures. The Electoral Commission’s decision was made just days after the passing of the Law on Fixed Terms for Regional and Local Authorities in Parliament. They will be the first sub-national elections not held alongside parliamentary elections since 2015. 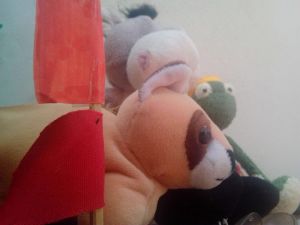 The first to announce his candidacy was governor of Alios, Étienne Boulin, who is now running for his fourth term in office. Boulin has been an independent since his departure from the National Artists’ Guild in 2017, but there is speculation that the Democrats may endorse him. The Liberals have fielded their own candidate in the Capital: Brigadier Mirna Baudelaire. Baudelaire faces an uphill battle against Boulin’s popularity; last year he won an uncontested election.

Unlike their counterpart and close friend in Alios, Gonn governor Suipom Goyo has confirmed they will not seek re-election in July, as they will take a place in the Isadoran University’s Department of Plushology. Like Boulin, Goyo ran unopposed last year. Declared candidates in Gonn include two sitting prefects: Kotavari prefect and former Left Alliance leader, Dovedán Pashor (Democrat), and Sato prefect and former education secretary, Adelaide Fodness (Liberal).

Two-way races are also likely to take place in the prefectures, where only Monesari prefect Berth Jens (Democrat) is seeking re-election. Jens’ victory in Monesari last year was a surprise for many who thought his political career over following his trial and conviction in the Koringate scandal. He will be facing liberal Marie-Antoinette Arosaky in July; Arosaky was up until not long ago a staunch supporter of the National Artists’ Guild.

Surprisingly, former Artist leader Orion Bennet, has announced his intention to run in Sato, one of Gonn’s most economically active prefectures. No other candidates have arisen in the district. Should he win, it would represent a much-needed ray of light for the pink party, whose parliamentary caucus was reduced to just two MPs in May’s general election.

Isadoran University professor Fegios Brevik remarked the importance of the election: “The Liberals will want to recover their strength after the underwhelming result of May’s election, thus legitimizing Dargany’s government. On the other side will be the Democrats, hoping to send a clear message to Dargany; ‘we’re not going away’, they’ll want to say.” Brevik thinks the Artists have the most at stake, though. “Bennet’s race in Sato may very well be what defines whether the Guild is officially done for, or if it still has hopes of making a comeback. It’s a dangerous game, since winning would be unremarkable given the lack of formidable competitors, but losing can represent the party’s death sentence.”

The elections will only take place in the central regions, where authorities are renewed on a yearly basis. In the autonomous regions, elections were last held in 2015 and will take place again in 2020.